Hasbro Games Don’t Step in It!

Every year, some new toy comes out that focuses on the fun kids have with gross humor. Sometimes it’s a doll that has snot coming out of its head, and other times it’s a diaper mess. 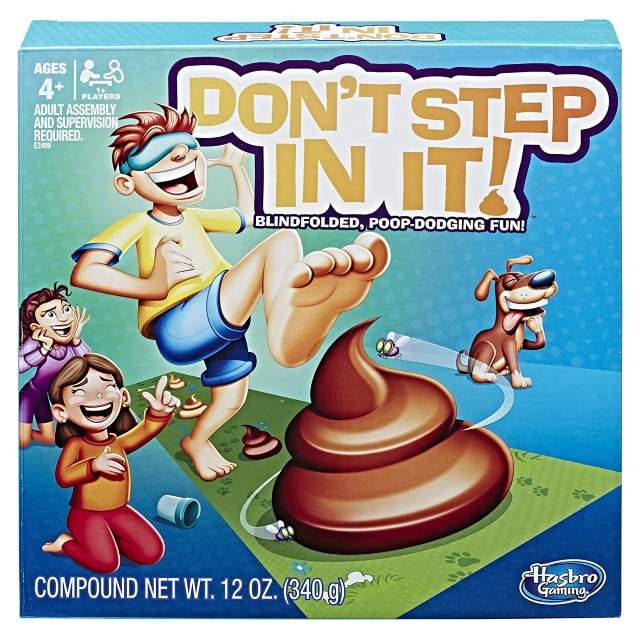 Poop is Popular This Year

This year, Hasbro Games has launched one based on the hilarious nature of dog poop. It’s called Don’t Step in It!  And it has families everywhere crying with laughter as a blindfolded participant walks a path and tries to avoid stepping in a pile of Playdough-like Poop.

The More The Merrier

This is one of those games where the more people you have playing it, the more fun it is. It comes with the mat (which acts as the path), a blindfold, four cans of the make believe poop, a mold, spinner board, and instructions.

The mold makes the dough look just like a pile of dog poop, and kids have a lot of fun placing these strategically on the mat for the participant to accidentally step in. They giggle with laughter whenever that happens – because the person walks barefoot and the dough squishes up into their toes. 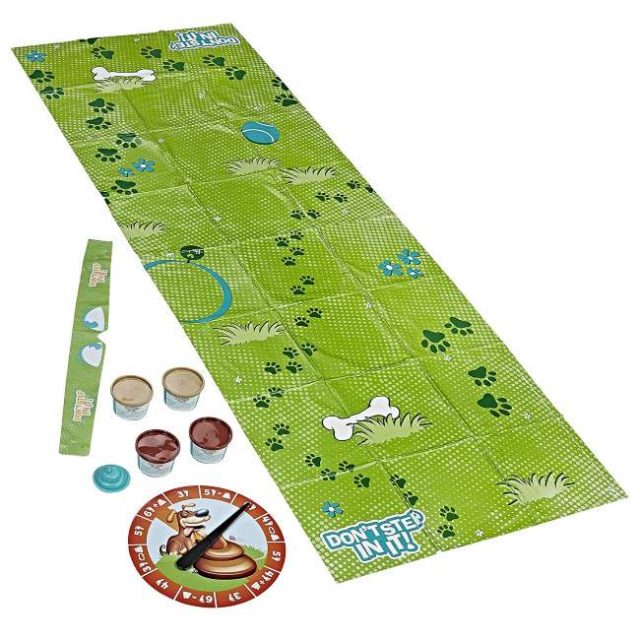 Because it’s a Playdough like material, make sure you’re careful about having it around a carpeted surface. It can be difficult to get out. It’s best to use on a flat surface that can be cleaned up easily.

If you run out of the make believe poop, you can simply buy another can of Playdough (kids laugh more when it’s a brown one). To win the game, you have to be the participant who stepped in the least number of poop piles.

If you managed to dodge them all, then you’re the winner! This is a game that can even be played solo, if your child just wants to have some fun by themselves, but with more friends and family around, it’s even better.

Because it’s an easy no-skill game, your little ones ages 4 and up can participate in this game with ease. It’s even fun for the whole family to play – grandparents and all! Everyone loves cheering each other on and laughing when the person accidentally lands in a big pile.

Give each kid in your family a shot at setting up the minefield of poop. They’ll delight whenever one of their strategic placements makes a player step in it. This isn’t an educational game, but it is one that generates laughter and is a family friendly game for all, so that makes it one of this year’s bestselling games for families. 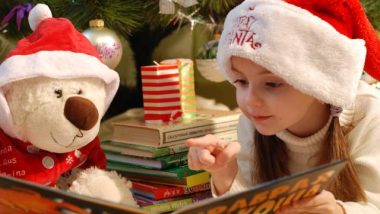 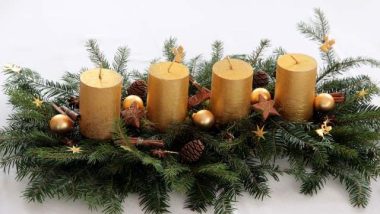 Christmas Candles – Get Yours Early